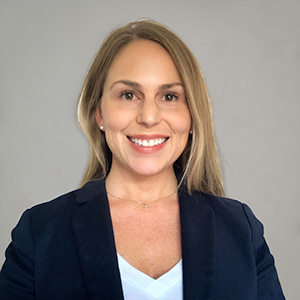 For over a decade, Erika has been working to improve educational outcomes for students across the South. While teaching middle school math in Charlotte, NC, Erika visited her first charter school and saw first-hand what high expectations and transformational education look like in action – not just in theory. Four years later, she seized upon an opportunity to return to her home state of Mississippi, bringing those same transformational options and ultimately creating the Mississippi Charter Schools Association and later working in the Office of the Lieutenant Governor to impact education policies beyond public charter schools. These experiences eventually led her back to North Carolina where she served in the state education agency advising the superintendent’s office on various issues ranging from early literacy to innovative assessments to school discipline.

Erika holds a Master of Public Policy in Education Policy from Vanderbilt University and a Bachelor of Arts from the University of Mississippi.

I aspire to be like Mr. Rogers. Here’s why: Mr. Rogers had this eternal curiosity that made every person with whom he interacted feel valued and loved. He committed to meeting people where they were and did not shy away from difficult topics or conversations.

Why I love my job: It is a privilege to work with passionate folks who, deep in their bones, feel the urgency of improving educational outcomes for students – especially for those most in need. Tennessee has proven itself to be a leader in education reform and I believe that is because the state’s brilliant academics and passionate thought partners ensure their work is fueled by the day-to-day realities of many Tennessee families who are fighting for a world-class education for their students.

My connection to public schools: My entire career has been supporting, studying, building and teaching in public schools so that students are served well. I am dedicated to public schools, not because of some warm fuzzy feeling, but because I truly believe it is a privilege to serve students and families – especially if that means making tough decisions to keep that privilege.

What I’m bad at: Multi-tasking. I get so distracted and have no clue how to fix this! 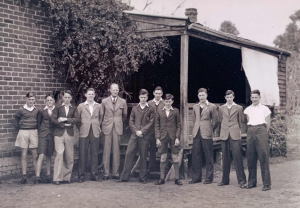 My grandfather (aka “Opa,” in the middle of the picture) was a rather difficult student growing up in the Dutch East Indies, so his father sent him to Australia for school. Less than eight months later, his father was placed in a prison camp in Indonesia and therefore could not pay for his school or even communicate with his son. If it wasn’t for the Netherlands government supporting Opa’s tuition at his school, he would have been sent back to Indonesia, likely meeting the same fate as his father. His experience taught me that what matters is humanity, not governance structures. Sometimes students need a lifeline, and if a school can be that lifeline, then we have a duty to make that happen.