It is now week 20 of our new education reality and parents across the country are scrambling as school reopening plans crash against the harsh reality of a resurgent virus.

With districts revisiting or outright canceling their reopening plans and governors being sued both for keeping schools open and for keeping them closed, the one thing that’s clear is that this fall is shaping up to be a disaster for the students and families that need schools the most.

In the face of this widespread uncertainty, families are left with few good options. Many have taken the responsibility of educating their children into their own hands, with some reaching out online to plan for micro-schools and “learning pods.” Driven by necessity, they are charting their own path.

Since the earliest editions of The New Reality Roundup back in March, we’ve sought to make the case for why we had to plan for a new reality that will last into 2021 or beyond, the necessity of adapting instruction to the world of distance learning and the urgent need to push past bureaucratic resistance to adapt to the new needs of students and families.

Despite the best efforts of many local advocates, in far too many communities local leaders bet that they could wait out this new reality rather than adapt to it. Now, we’re seeing the consequences directly impacting kids and families.

So where do we head now? This week, we focus on the need to get in “good trouble” on behalf of students and how we can work with, rather than against, the efforts of parents to keep learning going.

Get in good trouble on behalf of students

“I’ve averaged over 200 conversations a year with parents, students, and educators, and my plan is to continue doing that,” Daniel Walker, who recently stepped into the role of executive director, shared with me in a new video interview. This kind of outreach is critical, Daniel argues, in order to “unearth what families and community residents are thinking about our education system and help them fight for the changes they want to see. As congressman John Lewis said, we have to get in some good trouble and I’m prepared to get in good trouble.”

“The sad reality is that kids of color are losing between 7 to 10 months of learning because of” the way we have failed to adapt to this pandemic, Daniel argues. “If we know school’s not going to look the same, then our models can’t look the same … when we talk about equity, we need to talk about flexibility in funding, something that we’ve been fighting for at DelawareCAN for a long time. That the dollars actually follow the students and that they’re allocated in a way that go to students with most need. You need to talk about the ability to innovate and try new things … We need to close the digital divide in Delaware. We need to make sure that all of our students are online and have technology to be successful and to participate in their schooling … we can’t wait because our students can’t wait. We have to be willing to make some drastic decisions.”

Work with, rather than against, parents

“In recent weeks, many parents have realized the agonizing truth about school this fall: If it happens in person, it might not feel safe. And if it happens remotely, it will be inadequate, isolating and unable to provide the child care many working parents need,” writes Melinda Wenner Moyer in The New York Times. “Desperate for a better solution, parents around the country have started organizing ‘pandemic pods,’ or home schooling pods, for the fall, in which groups of three to 10 students learn together in homes under the tutelage of the children’s parents or a hired teacher.”

Just as the concept has grown quickly in response to the crisis–a San Francisco-based Facebook group to support Pods now has more than 20,000 members–so too has the criticism. “When parents with privilege open their checkbooks and create private one-room schoolhouses for their children, they follow a long pattern of weakening the public education system they leave behind,” write J.P.B. Gerald and Mira Debs in a guest column for the Washington Post’s Answer Sheet.

While recognizing the challenges of making this response equitable, Brown University Professor Emily Oster argues that parents “could reasonably argue that policymakers and schools have failed them — and just because the option isn’t available to everyone doesn’t mean they should forgo it … As with everything else in the pandemic, we are really looking for what is the least bad, not what is good.”

Advocates have an opportunity to promote equity not by trying to stop pods from happening, but by looking for creative ways to help level the paying field for low-income parents who are also looking to innovate but don’t have the resources to do so.

“Any school reopening plan should start from the premise that all kids have a device. This is just as important as PPE,” JerseyCAN Executive Director Patricia Morgan told NJ.com. Morgan, who is serving on the governor’s task force for reopening, continues to advocate to ensure that safeguards for equity are a top-of-mind consideration for elected officials as they determine how and when to reopen schools.

In Georgia, the team has taken on a mission of informing media, opinion leaders and parents about what school reopening plans look like from district to district across the state, including holding a parent townhall and a panel for school board members to speak to the future of education. The TennesseeCAN team continues to be focused on the pandemic’s effects on special education students and hosted a public forum with legislators for special education parents to discuss plans for the fall.

In New Mexico, NewMexicoKidsCAN Executive Director Amanda Aragon spoke with the Albuquerque Journal about what the state is getting right, including the success of Pre-K programs. And the HawaiiKidsCAN team announced their legislative champions of 2020, celebrating their contributions in a video series. 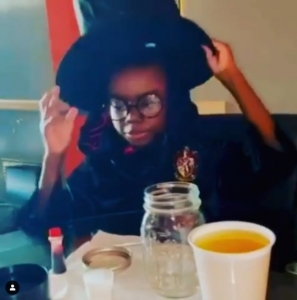 LJ, a student at Partnership Schools in New York City, is making the most of her summer by taking part in the Catholic school network’s mad scientist summer program. In a video guaranteed to put a smile on your face, LJ explains to her peers how to create their very own lava lamps.