It is week 64 of our new reality and as we start the month of June most schools are finishing up one of the most challenging years on record and preparing for an uncertain future.

Over the past two weeks, we announced a new policy framework to guide our approach to this recovery phase called “Believe in Better” and a new 50CAN president for this new era: Derrell Bradford. We are aiming for more than a return to normal because with everything students have been through the past year they deserve better than more of the same.

“Better” means expanding educational choices rather than taking them away. It means providing tutoring, mentorship and summer camp for all rather than the lucky few. It means leveraging free internet and devices to open up a world of learning. It means honoring a family’s right to know what’s working by tracking every dollar that’s spent on behalf of their children. And, most importantly, it means ensuring that every student is on the path to the career they choose so they can find their fit and live a meaningful life.

This week we focus on the first pillar in the Believe in Better framework–“The education that’s right for you”–by spotlighting the efforts to protect virtual learning options and direct more of the $192 billion in federal funding to families.

For much of this school year, we have pushed for a family’s right to choose an in-person education if that is what they felt was best for their children. Now, some leaders are arguing that the best way to support in-person learning is to take the option of virtual learning off the table entirely.

Last month, Gov. Phil Murphy announced that New Jersey schools will not be allowed to offer a virtual learning option in the new school year. Mayor Bill de Blasio followed suit with a similar ban on remote learning in New York City schools. “It’s time for everyone to come back,” de Blasio argued. “Every single child will be back in the classroom.”

The desire of leaders to spur districts to action in providing in-person learning is understandable, but you don’t help families by giving them fewer options.

One thing we have learned from this pandemic is that for a number of families, virtual education is the better option. “There’s also a group of kids who, whether because of bullying, mental health issues or simple overscheduling and pressure, struggled at school in a way that’s been made undeniable by the way they’re thriving at home amid the pandemic,” writes Joanna Schroeder for the New York Times.

Especially noteworthy is that parents of color’s interest in virtual schooling eclipses that of white parents by a sizeable margin; USA Today, covering a report from AEI on the differential, writes: “Polls show parents of color consistently prefer remote-only instruction for their students, with gaps between white parents and parents of color ranging from 15-30 percentage points between November and March.”

No one should be shutting families out of the options they believe are best for their children. The first step in upholding that value is ensuring that virtual learning remains an option for all families who want it this fall.

Provide families with more resources to fuel the recovery

Now, CarolinaCAN is racing forward on two fronts to go even further to help Tar Heel families as we shift into a recovery phase. House Bill 934 would direct $170 million in American Rescue Plan funds to families for tutoring, summer camps, mental health counseling and other student support services. The goal is to have the program up and running by this summer with parents receiving between $1,000 to $3,000 to pay for these expenses.

At the same time, the CarolinaCAN team is championing Senate Bill 671, which increases the size of the state’s opportunity scholarships from $4,200 a year to $6,500 a year while also increasing the income threshold for participation from 150% of the federal reduced-price lunch level to 175%.

The progress in North Carolina adds to a growing wave of school choice victories across the country. “It’s clear at this point that school choice has increased support,” writes Alan Greenblatt in Governing Magazine. “States that were long resistant have now opened up” and “legislators recognized that this was the moment to put forward more ambitious proposals, and some of them hit it big.” 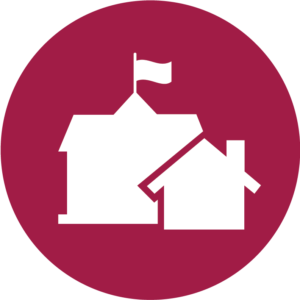 The GeorgiaCAN team celebrated the governor’s signing of SB 47, which expands the state’s special needs scholarship program. Kimberly Leftwich, a mother in Cobb County who has worked with GeorgiaCAN over the past year, spoke to the Atlanta Journal-Constitution about the importance of the expansion: “There’s a lot of kids falling through the cracks.”

DelawareCAN secured an important step forward for one of its policy goals when the Delaware General Assembly advanced a bill to the Governor which incorporates black history into school curriculum. The campaign was driven forward by graduates of DelawareCAN’s Youth Advocacy Council.

ConnCAN’s effort to diversify Connecticut’s teacher workforce took another step forward last week. With 34 votes in favor and only one opposed, the Senate advanced a bill to the House to help create pathways for more teachers of color. ConnCAN’s work to reform Connecticut’s school funding system also took another step forward when the bill was passed out of the full Senate. 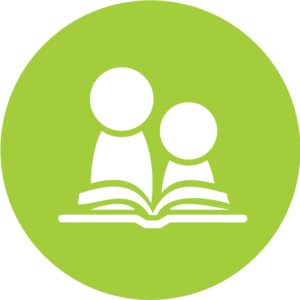 The efforts of Transform Education Now to expand high-dosage tutoring across Colorado took another important step forward when HB 1234 was voted out of the House.

HawaiiKidsCAN’s David Miyashiro continues to make the case for a robust set of summer offerings for students, with interviews in Civil Beat and Hawaii Public Radio, where he also discussed his latest wins.

JerseyCAN has championed making tutoring a central element of the Garden State’s recovery plan, securing a key victory when the Murphy Administration included a robust program in its “Road Forward” initiative in February. Last week, it was announced that Katherine Bassett will serve as the inaugural director of the New Jersey Summer Tutoring Corps Program.

NewMexicoKidsCAN’s Executive Director Amanda Aragon was recognized as one of Albuquerque Business First’s 2021 Women of Influence.

Writing in The Bulwark, the Walton Family Foundation’s Bruno Manno explores how the pandemic is reshaping American education.

The Fordham Institute is running a competition on the best ideas for addressing students’ mental health needs. Polls close on Thursday, June 3.

CRPE’s Robin Lake explores what role learning pods and microschools might play in the school systems of the future.

Today at 12 noon ET, the Learning Policy Institute will host a discussion on strategies for evaluating district work on diversity, equity, and inclusion.

USC Professor Morgan Polikoff has written a new book on the lessons learned from the contentious push for the Common Core entitled “Beyond Standards.” It will be released on June 11.

The Urban Institute published a comprehensive report on how to make internship programs more inclusive for people with disabilities. 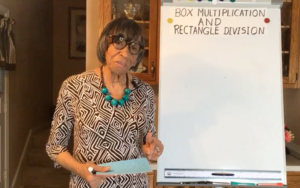 Eighty-nine-year-old Delores Spencer has been an educator since 1958 but her online tutoring sessions during the pandemic turned her into a viral sensation, driven in part by families’ increased connectivity through free internet and devices programs. “The virtual class on Facebook is free and has been viewed by students and parents both in the United States and in various countries worldwide. She even offers one-on-one sessions,” writes the Atlanta Black Star. You can watch “Mrs. Spencer’s Math Lab” every Tuesday on Facebook Live at 7pm ET.