It is week 118 of our new reality and many of the policies put in place a half century ago still shape the educational landscape of our country and constrain the opportunities of our children.

In a new episode of the New York Times podcast Still Processing, Wesley Morris “revisits a highway that he walked across as a kid. He never knew how deeply it had transformed the neighborhood it ran through … Wesley would occasionally cross the Vine Street Expressway as a kid — and he remembered that there was ‘a big to-do’ when it was getting built. But he never considered how its construction impacted the Chinatown neighborhood that it carved through. What happened to all the people who were living there? How did their lives — and their communities — get altered? And why did it take so long for Wesley to ask himself these questions? Wesley returned to his hometown to try to find out.”

These are the same kind of questions 50CAN President Derrell Bradford asked about the way residential assignment works in America. It led him to the conclusion that we can’t hope to achieve true educational opportunities until we right the historic wrongs of educational redlining. That’s why 50CAN’s Believe in Better policy agenda makes breaking down these barriers central to our work.

Last time in the New Reality Roundup, we took stock of the tragedy in Uvalde with reactions from the leaders of our western states and looked at the immediate need for mental health resources after the challenges of the last two years.

This week, we return to examining differing approaches to recovery, including Mississippi, where curricular changes and a smart use of federal stimulus dollars have led to success, and New York City, where an unwise use of federal funds have hamstrung the new mayor.

Learn from the Magnolia State’s successes

It is not the first time in recent years that Mississippi surprised critics. On the eve of the pandemic, Mississippi secured the largest gains in the nation in 4th grade reading and mathematics between 2017 and 2019.

Back in 2019, the Fordham Institute looked into the reasons for the Magnolia State’s remarkable climb from 50th in the nation to 29th over the course of a decade. Among the potential reasons for the improvement that Fordham found: raised expectations, early literacy supports and professional development. Those policies remain in effect, even in the pandemic era, and students who have yet to hit key literacy benchmarks by third grade have access to free summer school, tutoring and other services enabled by the federal pandemic funds.

Also at play is the state’s embrace of curriculum rooted in the phonics and the science of reading. It’s an approach that had struggled to get traction in other parts of the country but is now experiencing a resurgence, as Dana Goldstein documented in an article last month for the New York Times: “With brain science steadily adding to that evidence, there is a sense — at least for many in the education establishment — that the debate over early reading instruction may be ebbing. Phonics is ascendant.”

In Mississippi, that ascendance has been already firmly rooted in the state’s educational culture. When asked about the state’s success on the 2019 NAEP, then State Superintendent Carey Wright responded: “It’s all around the science of reading.”

The bet is paying off in more ways than simply national and state test score improvements: graduation rates for the state are the highest they have ever been and drop-out rates are at a historical low–dramatic change for a state that is no longer at the bottom of the nation.

“New York City schools are bracing for cutbacks as federal stimulus money tied to the pandemic begins to dry up,” The New York Post reports. “Budgets for city public schools are largely based on enrollment — and schools have shed roughly 70,000 K-12 students since the 2019-20 school year, with students opting for homeschooling in increasing numbers, enrolling in charter or private schools, or leaving the city altogether. The city Education Department has, up to now, shielded schools from the full budgetary impact of those enrollment losses using federal stimulus money. But that support is now running out, and school budgets are set to shrink by roughly $215 million next year — forcing some principals to make difficult financial decisions.”

As Chalkbeat’s Alex Zimmerman notes, this fiscal cliff was created not by current New York City Mayor Eric Adams, but by his predecessor, Bill de Blasio. Now it’s Adams’ mess to clean up–and it’s an expensive one. “Because the city spent a significant infusion of one-time federal relief money last year, the education department’s whole budget — also composed of state and federal dollars — will fall by $1 billion, even with the city’s increased contribution,” Zimmerman and colleague Reema Amin write in a piece examining the effects of the cuts, including a hiring freeze, permanent staffing reductions at the central office and schools and fewer school safety officers at a time when parents are increasingly concerned about their children’s physical well-being.

Adams is making the responsible choice here, but he should never have been put in this position. Districts using federal funds to avoid making hard choices are just making problems worse for kids by failing to adapt to the changing world. It’s one reason that fiscal transparency has to be a core element of any recovery plan. As we wrote back in September: “While some districts across the country have released detailed spending plans and budgets to the public, in most school districts we have no idea whether the tens of billions of dollars in emergency federal funds are being well spent. That needs to change.”

Moving forward, districts need to spend the remaining federal stimulus funds on programs like those championed by Mississippi, ones that will boost student achievement without incurring long-term costs that center interest groups instead of students, despite shrinking enrollment as families search for options that better meet their needs.

Victor Evans, executive director of TennesseeCAN, continues to spread the good news about the landmark school funding reform bill he helped to pass last month, including speaking on a panel to celebrate the new law. He’s also commented on the recent Tennessee Supreme Court decision that affirmed the constitutionality of the state’s ESA legislation.

NewMexicoKidsCAN’s Amanda Aragon weighed in on the departure of education secretary Kurt Steinhaus, the state’s third superintendent in the last three years, in an article for the Santa Fe New Mexican. “I am worried about the department’s ability to execute important work,” she said.

50CAN President Derrell Bradford joined the Learning Curve podcast, in a discussion over school shootings, lynching and the advocacy of Ida B. Wells.

Urban Institute launched its “Degrees of Value” tool, which captures the return on students’ investment in higher education across different types of programs, as well as a new issue brief “Developing a Multimetric Accountability System for Postsecondary Institutions.”

Brookings Institution compares the way Trump and Biden have used executive actions to advance education policies, finding that Biden is using the tool much more extensively than Trump to advance change through unilateral action. 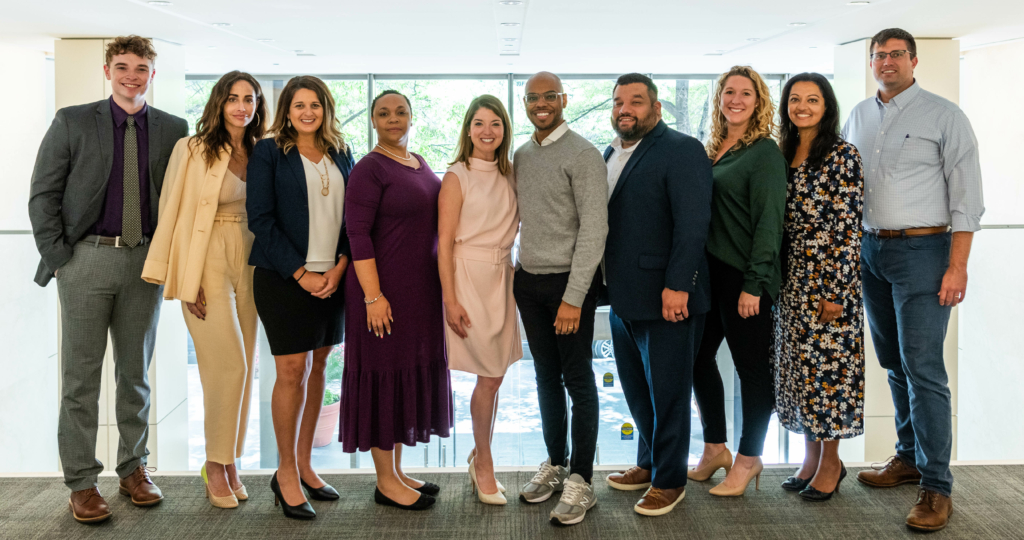 The 2022 cohort of our National Voices Fellowship met last week in Washington DC to build their media skills and to engage in discussions on contemporary political discourse and the future of American education. We’re tremendously excited to hear their unique perspectives over the course of the coming year, and invite you to learn more about the 2022 fellows’ backgrounds.