As the year winds down, states with active legislative sessions through the fall have begun to wrap up their work. The teams at JerseyCAN, PennCAN and RI-CAN have achieved great wins for kids, made significant progress on several initiatives and weathered the hard-fought losses together. We’re proud to share our final campaign update for 2017.

Protect and preserve high-quality school options by removing policy barriers and defending against problematic legislation that would halt the growth of high-quality charters.
Alongside several key partners, JerseyCAN pushed for a regulatory relief package that successfully moved through the State Board of Education and was passed in 2017. These policy changes included helpful changes around facilities, expedited renewals for high-performing charters and the allowance of weighted lotteries and single-purpose charters to serve the most at-risk students. JerseyCAN has also strongly defended the charter environment—including calls for a moratorium on expansion—across the state to allow for more high-quality charters to expand.

Ensure equitable funding for all public schools—traditional public schools, charter schools and all other types of public schools.
JerseyCAN worked with partners and key policymakers to support more equitable funding for district and charter schools that resulted in a signed state budget protecting charter funding and some redistribution of state aid in a more equitable direction. This was an important first step in a journey toward a broader school funding fix that meets the needs of students,  an issue JerseyCAN will continue to support in the coming year.

Protect high standards, aligned assessments and accountability as the state transitions to ESSA and new leadership.
JerseyCAN was a key member of the stakeholder convening that provided input on the state ESSA plan, which was approved by the federal government in August. The state also successfully completed another year of PARCC, with statewide results increasing and implementation improving year after year. JerseyCAN will continue to work with new leadership at the state level to support and protect high standards.

Ensure the best teachers remain in the classroom by enacting legislation to end “last in, first out” furlough policies.
PennCAN championed HB 178, the School Code, which sought to end the “last in, first out” (LIFO) policy from practice and give districts more flexibility in personnel decisions during times of economic hardship. The governor allowed the bill to become law this year, securing a policy win on an issue PennCAN has been working toward since 2013.

Enact comprehensive charter reform to ensure that high-performing charter schools have an easier path to expand and that low-performing charters are provided with meaningful interventions or closed.
PennCAN worked with both the state House and Senate to collaborate on a comprehensive charter bill that ultimately stalled during a tumultuous budget process. However, a component of the bill that allows charter schools to streamline operations and be more efficient was included in the annual School Code bill and became law.

Ensure that PA’s Every Student Succeeds Act plan addresses the challenge of chronically underperforming schools.
PennCAN has been a vocal critic of PA’s ESSA plan crafted by the state Department of Education, noting the weaknesses around the accountability measures for all schools and the intervention strategies for underperforming schools. The team will continue to monitor the implementation of the state’s ESSA plan and fight to ensure every student has access to a high-quality education.

Create a supportive ecosystem for the growth of high-quality schools in Pittsburgh.
PennCAN worked to build a base of support for the quality charter school movement in Pittsburgh, measured by creating a charter school coalition that meets monthly to collaborate on strengthening the charter sector, hosting lawmakers on tours of high-performing charter schools in Allegheny County and developing Pittsburgh’s third annual schools of choice enrollment fair. 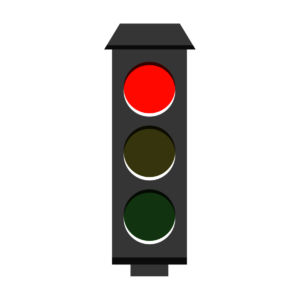 Ensure fair and equitable funding for Rhode Island’s charter schools through equalizing facilities reimbursement.
RI-CAN developed coalition support and secured sponsors for equitable charter facilities funding legislation, but the legislation did not pass the 2017 session. A study commission was formed to evaluate the condition of all public schools and funding mechanisms that can be adopted, and RI-CAN and partners will work to address school infrastructure funding in the 2018 legislative session.

We know that the end of a legislative session or the passage of a bill is not the end of our work, but rather a step in a continuing journey to bring a high-quality education to all kids, regardless of their address. We aim to learn from our successes and setbacks as we chart the path forward into our 2018 policy campaigns. In the meantime, you can always follow along with the work our advocates are doing in the field on Facebook, Twitter and Instagram.