It is week 84 of our new reality and we finally have clear data on how students were doing on the eve of the pandemic. The results are a wakeup call for everyone working in American education.

Last time in the New Reality Roundup, we looked at HawaiiKidsCAN’s leadership on career and technical education and investigated how districts have begun altering quarantine policies to avoid unnecessary losses in learning time.

This week, we examine the recently released, pre-pandemic NAEP scores that paint a troubling picture of American education and explore the local nature of school staffing shortages.

“Math and reading scores for 13-year-olds declined dramatically – representing the first major drops in the subjects since the National Assessment of Educational Progress began tracking long-term academic achievement trends in the 1970s,” writes Lauren Camera in US News and World Report. “Notably, results from the assessment show widening score gaps between higher-performing and lower-performing students, with the changes driven by declines among lower-performing students.”

Perhaps most concerning is that the results cover the 2019-20 school year before Covid hit. That means problems were already setting in before the enormous disruptions that have been a disaster for low-income children. Study after study, including the oft-cited brief from McKinsey, predict that the pandemic’s widening of achievement gaps will result in life-long challenges for countless children.

The results drive home just how important it is that we set a more ambitious goal than simply a return to a normal, given that normal wasn’t good enough for far too many students. Instead, we need to challenge ourselves to think creatively about what our children need in this new era. With the combined challenges of widening achievement gaps and extensive learning loss resulting from the pandemic, we should all be calling for a new educational agenda grounded in the needs of this new generation of students.

“Teacher shortages and difficulties filling openings have been reported in Tennessee, New Jersey and South Dakota, where one district started the school year with 120 teacher vacancies,” reports Jocelyn Gecker for the Associated Press. “Across Texas, the main districts in Houston, Waco and elsewhere reported hundreds of teaching vacancies at the start of the year. Several schools nationwide have had to shut classrooms because of a lack of teachers.”

Meanwhile, the team at FutureED released a new report, “In Demand: The Real Teacher Shortages and How to Solve Them” to separate fact from fiction in the school staff debate. Their conclusion is the problem needs to be understood in a local context: “The picture varies significantly from location to location, and there is no evidence of large upticks in turnover and retirements to date. Instead of simplistic narratives and generic responses that may waste resources, states and districts need more sophisticated supply-and-demand data than most have today.”

Over the past two years, JerseyCAN has taken on a leadership role in the Garden State to understand and address its teacher shortages. In a bill introduced by State Senator Ruiz and later passed after relentless advocacy from the JerseyCAN team, New Jersey reformed its teacher reciprocity law to reduce the barriers for out-of-state teachers to join the hiring pool. The team also aided the passage of a new law that will establish a five-year pilot program that creates provisions for schools to waive a single area of certification, such as GPA or subject-area requirements, in exchange for ongoing, school-based mentorship.

TennesseeCAN Executive Director Victor Evans was appointed by Governor Lee as chair of the Economically Disadvantaged and Highly Mobile Student subcommittee. In the new role, Victor will lead conversations on how to leverage the greater Tennessee community in investing in the education for the state’s most marginalized children.

David Miyashiro, executive director of HawaiiKidsCAN, continues to work towards bridging the equity divide in broadband and technology resources in the Aloha state. He joined with partners to bring awareness to this urgent need during Digital Inclusion Week.

Two parents who are part of GeorgiaCAN’s EPIC parent fellowship were appointed to an accountability committee for Muscogee County Public Schools on how ARP funds will be used. The appointments will allow for GeorgiaCAN to continue their push to ensure that parents have up-to-date, transparent access to how federal funds are spent.

The National Center for Research on Education Access and Choice released a study examining the views of parents on pandemic-era education. The study included more than 3,000 parents across five states.

CRPE’s Evidence Project spotlighted a new YouGov poll that indicated over 40% of parents reported at least one of their children was forced to quarantine this school year because of Covid-19 policies.

Texas Education Commissioner Mike Morath indicated to The Dallas Morning News that the state could lose trillions of dollars if Covid-19 learning gaps are not closed, warning that schools have lost a decade worth of progress as a result of the pandemic.

K-12 Dive covers a recent report from Bellwether that ties a lack of affordable housing to inequitable school funding models.

EdWeek reports on progress being made in states across the country to focus on the science of reading. 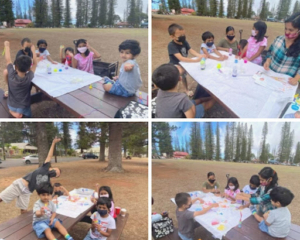 After receiving a microgrant from HawaiiKidsCAN’s Ohana Pods Lanai program, a learning pod formed by families at a local Baptist church is thriving. Serving children from two to nine years old, the pod purchased science and art kits from ClassWallet and they’ve been meeting at the main town park to make the most of the great outdoors.