Before we get into the New Reality Roundup, I want to take a moment to congratulate the team at our Colorado campaign, Transform Education Now, for a victory last week. After months of calls and collaboration, Commerce City is making $1,600 directly available to families in our network’s latest win to #FundEverything. You can learn more on the 50CAN blog. And now for the Roundup:

We’re currently in week 28 of our new education reality and most of America’s students are back in school, be it virtual or in-person.

But not all school districts have managed to articulate and stick to a coherent plan. Nowhere is the reopening process messier than New York City, where a headstrong mayor and combative teachers union created a confusing, ever-changing series of plans that have left families, students and teachers in the dark.

At the same time, even where districts have managed to stick to a distance learning plan, far too many students aren’t showing up for online school. For example, enrollment in kindergarten has dropped by 6,000 students in Los Angeles, while in Baltimore only 65% of students have been in regular attendance for distance learning this fall.

Last time in The New Reality Roundup, we focused on preserving summative assessments and on expanding access funding for learning pods.

This week, we dive deep into two efforts to get money directly to families in their time of need: using GEER funding in Hawaii and leveraging the Rethink K-12 Education Models Grant in Tennessee.

Funding families in the Aloha State

“I’m somebody who considers myself privileged to be a fourth-generation Hawaii resident. Hawaii is my home. It’s a place that I care deeply about,” HawaiiKidsCAN executive director David Miyashiro shares in our new video interview. “For our families, trying to make it through this has been such a struggle …I’m really hoping that as this crisis drags on for us, and now that we’re in our second shutdown, that we think about a human-centered approach that puts kids first.”

For David and the HawaiiKidsCAN team, that means a big push to get funding directly to families in the Aloha state. “We’ve got great community partners. We’ve got great organizations that do the work every day to try to support kids,” David shared. “But families don’t necessarily have the means to access those supports.” In their new campaign, they are gathering support from hundreds of families across the state to call on Gov. Ige to use the Governor’s Emergency Education Relief (GEER) Fund to provide money directly to families to help with educational costs.

The effort is gaining momentum in the state, with hundreds of families signing the petition and a drum beat of media coverage of the campaign. David hopes that the campaign will not only help Hawaii families in need but inspire other advocates in states across the country to “put the trust and put the responsibility into the hands of families to decide what they need the most and to give them that opportunity” to help their children not only survive this education crisis but to thrive.

Funding families in the Volunteer State

“This is the time to plan ahead as we prepare to address what will inevitably be a time of significant learning loss. Just like we do after any unexpected tornado or hurricane, we must begin thinking about how best to recover, rebuild and remediate,” TennesseeCAN executive director Victor Evans wrote in an op-ed on Aug. 21. Over the past 30 days, Victor and the TennesseeCAN team have been working to ensure that the Volunteer State’s response matches the size and the scale of the problem. 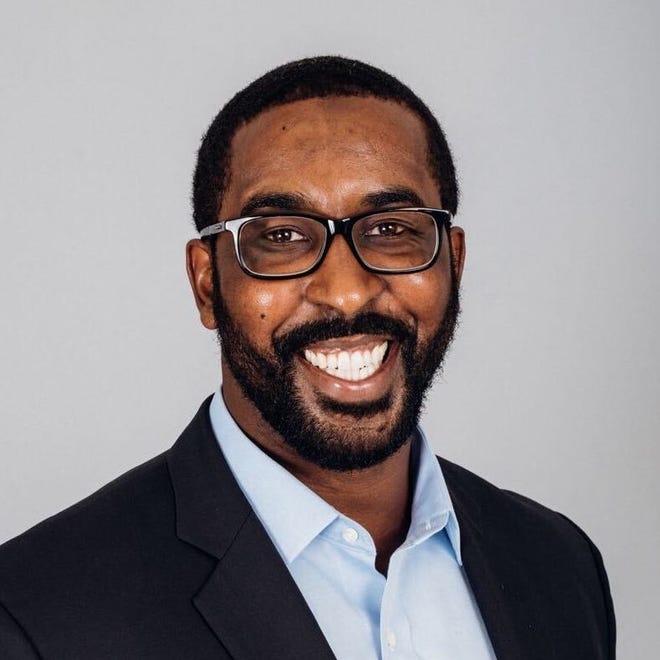 This solution, Victor argues, must include a whole array of urgent responses: not only investments in internet connectivity for students, assessments of student progress in both the fall and spring, and the equitable use of funds to support schools of all types but also direct grants to families.

That means working closely with Tennessee Gov. Bill Lee by sharing what is working for students and families and what more needs to be done. “There were issues we flagged–from rural broadband to investing in diagnostics and other assessments–that the governor was putting real money behind,” Victor told me. “But we still wanted to find a way to get money directly into parents’ hands.”

One opportunity to do so is the Rethink K-12 Education Models Grant program. Tennessee became one of only twelve states to receive funding from the grant and the only state to receive the full amount–$20 million–to be used on innovative ways of educating children through the crisis. The TennesseeCAN team is making that case that the best use of this funding is to let families be the decision makers. “They’re going to know what’s best for their children, and this is a real opportunity to give them the resources to make decisions based on educational need rather than how much they’ve got in the bank,” Victor shared.

It isn’t just Hawaii and Tennessee leading the way forward with a focus on direct support to families. The TEN team in Colorado, after hundreds of phone calls and collaboration with the city and county, achieved a major victory last week when Commerce City announced they would be providing families with up to $1,600 per child for childcare costs and educational expenses. That comes on the heels of a win earlier this month, when the Adams-12 district approved learning pods as an in-person option for families.

At the same time, the GeorgiaCAN team is asking the governor to place unused federal stimulus dollars into the hands of parents in order to help them defray the costs of tutoring and other educational resources. The team has joined together with a large coalition of business leaders, think tanks and advocacy organizations to create a petition, which was promoted on local television last week by GeorgiaCAN’s outreach director Steven Quinn.

Finally, in Delaware the team is standing up for families by pushing back on government red tape that is stifling efforts to get innovative learning pods. DelawareCAN formed a broad coalition and launched a petition calling on Governor Carney to remove unnecessary licensing and credentialing requirements and waive regulations that keep churches, nonprofits and businesses from using their physical spaces to support small group learning efforts. 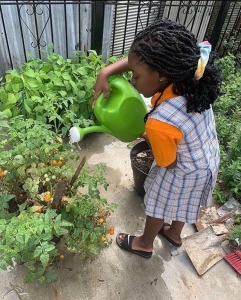 Ainka, a student at Success Academy in New York City, takes a break from the school’s robust distance learning program–one that we profiled in the New Reality Roundup last spring–to tend to the garden she started this summer. Learning is everywhere, which is why we must #FundEverything and #MeasureEverything.