We are now in week 18 of our new education reality and the nation’s attention is focused on the plans for reopening our schools, plans that have been marked by fierce debate and an uncommon pull into the national political spotlight.

“Dozens of teachers, parents and district leaders around the country said that the back-to-school season — that beloved annual ritual — has fogged over with confusion,” reports Anya Kamenetz for NPR. “States, districts and the federal government are pushing and pulling in different directions. Scientists are updating their advice to reflect emerging research and the changing course of the pandemic. And parents and educators are finding it hard to make decisions in the murk.”

There’s a lot to figure out and a short time frame with which to do so.

In our last newsletter we explored lessons learned from other countries as they have reopened schools and the efforts to ensure that our classroom and school leaders are as diverse as the children they serve.

This week in the New Reality Roundup, we focus on the need to put parents in the drivers’ seat and the continued role that virtual learning should play in the year ahead.

“On Wednesday, President Trump denounced the CDC guidelines, calling them ‘very tough and expensive’ as well as ‘impractical,’” writes Erica Schweigershausen for The Cut. “A few hours later, Vice-President Pence announced that the CDC would issue new recommendations next week.”

This division within the federal government is one of many examples of how the conversation on school reopenings has shifted into a significantly more heated debate in the past week, with contrasting takes offered by the president, his Department of Education, The American Academy of Pediatrics, and the national teacher unions.

Making these decisions requires answering a series of difficult questions: Can students and families be reasonably assured of their health if they send their students back to school? How much learning loss are we willing to accept if school buildings remain fully or partially shuttered? How should we balance the decision to shutter school buildings against the ability for parents–especially low-income and essential workers–to maintain employment?

If the online discourse over the past two weeks has made anything clear, it’s this: there is no national consensus on the right balance of risks in the way we reopen schools this fall. Any solution that attempts to shoehorn all children and families into a single nationwide approach is destined to fail. Instead, state governments and local districts should provide parents with a menu of options, including a full schedule of in-person schooling, virtual schooling modeled on the most successful models delivered this spring, and a blended schedule that mixes in-person and at home instruction.

With a decision this important, local parents, not the president nor any national group, should decide what is best for their children.

“Mayor Bill de Blasio announced on Wednesday that public schools would still not fully reopen in September, saying that classroom attendance would instead be limited to only one to three days a week in an effort to continue to curb the coronavirus outbreak,” reported Eliza Shapiro for The New York Times. With the nation’s largest school system finalizing a plan that will keep over a million students at home for several days each week, it’s clear that virtual learning will continue to be a key element in our new reality. Yet it is also clear that the emergency distance learning plans put in place in the spring fell well short of what our kids deserve in far too many communities. What can be done?

The good news is that, unlike in the spring, we now have concrete examples we can learn from. There are schools, districts and CMOs that succeeded in bringing innovation approaches to distance education, many of which we’ve previously highlighted in The New Reality Roundup.

Perhaps not surprisingly, private schools and public charter schools, which enjoy greater flexibility to innovate and adapt, led the way forward. A new poll from EducationNext, for example, found that 45 percent of charter school parents and 39 percent of private school parents said they were “very satisfied” with the instruction and activities provided during the spring shutdown compared to just 29 percent of parents whose children attended district schools.

Charter schools and private schools should continue to press forward in innovating for their students and we should be working hard through the fall to bring these lessons learned into the broader world of schooling in America. If there was ever a time for educators across the country to go “open source,” this is it.

“Families want to know: How can I measure my progress?” Transform Education Now co-Executive Director Nicholas Martinez told Chalkbeat last week. “My kid is going to be a sixth grader in the fall. I want him to be ready. How can I know he’s where he needs to be?”

The team at TEN continues to fight for assessments in Colorado for the fall and beyond so that parents have an accurate view of the learning loss that occurred last spring and can be assured their students are learning in what looks to be a drastically different schooling environment than they experienced in prior years. The TEN team is coupling this work on assessments with pressure to protect Denver’s most underserved populations from an anticipated $65 million budget shortfall. Fighting for quality assessments is being taken up in multiple states, including at TennesseeCAN, where Executive Director Victor Evans has stood firm on their necessity.

The GeorgiaCAN team continues advocacy work to protect the special needs scholarship program, garnering news coverage and letters to the editor penned by their parent advocates. They also are bringing together school board members for a candid conversation with advocates about the future of education.

In New Jersey, the JerseyCAN team welcomed a new cohort of teacher fellows and continues to play a leading role in committee on reopening schools, where they are committed to representing the voice of parents. A recent blog reports on the progress of these committees where the team translates what the plans mean for New Jersey’s schools. 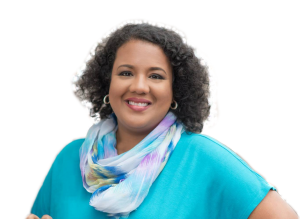 More than ever, parents need to lead the way forward and policy leaders need to listen. That’s why GeorgiaCAN is partnering with parent leaders like Teresa, a parent in Atlanta who also advocates with Zaria’s Song for Special Education Rights and Seizure Awareness, to bring their voices to elected officials. “Not all families need the same thing regarding schools in this time of crisis,” Teresa tells us. “Schools need to give options! Parents should be heard.”