We are now in week 16 of our new education reality. In our very first new reality email, we wrote, “Most experts estimate that developing a vaccine for COVID-19 will take 12 to 18 months or longer. That means we need to accept school disruptions as a new normal … In this new era, America’s students need advocates more than ever before.”

Much has changed in our country since that email in March, but the basic structure of this challenge continues. As several states see troubling surges in the number of new cases and hospitalizations, states and districts across the country continue to work on two fronts: planning for what schools will look like when they reopen in the fall and bringing needed systemic reforms to a bureaucracy that, like our criminal justice system, has consistently failed students of color.

Earlier this month, we took a deeper look at these similarities in a conversation I hosted with Derrell Bradford and examined districts and CMOs who have demonstrated early leadership and refused to fail, despite the challenges imposed by Covid-19. Derrell elaborated on points he made in that conversation during an interview last week with NBC.

This week in the New Reality Roundup, we focus on developing our collective understanding of how students will experience school this fall, as well as on innovative campaigns being run across the 50CAN network to ensure that our classroom and school leaders are as diverse as the children they serve.

Learn from other countries to reduce risks in reopening schools

“Cafeterias look like exam halls with desks spaced out, temperatures are checked, shared computers are unplugged, and there are no sports,” write Lucy Craymer and Andrew Jeong for The Wall Street Journal, in an examination of what reopened schools look like in other countries. “For some, yellow signs on the ground dictate which directions they should walk, with paths divided by ages.”

From infrastructure to scheduling and so much in between, it’s clear that reopened schools will look very different than they did before the pandemic. It is also clear that we live in a world of hard tradeoffs rather than perfect choices. The goal, according to leading health and education officials around the world, is not to completely eliminate the risk of transmission but to reduce it as much as possible while ensuring education and learning can continue. In an interview with Education Week’s Madeline Will, Opportunity Lab’s Mario Rodriguez says that schools should focus on driving “as much of the risk down as you can” while recognizing that “absolute compliance with any social distancing measure” will not always be possible.

Schools in the United Kingdom, which have reopened, are mitigating this risk through a “bubble” approach. As the Telegraph explains in an interview with Sean Price, the headteacher at a British primary school, “Each child has their own desk and space so when they’re in class they won’t be spreading physical germs… children stay in their classes throughout the day. Children learn in groups of up to 15, and cannot mix with other children or teachers.” This bubble system means that if an infection crops up, the potential spread will be isolated to a single group.

Ensure our teachers are as diverse as the students they serve

“If we’re going to diversify the largely white teaching ranks in America, we can’t just hope it will happen. We need to be purposeful,” Subira Gordon, as executive director of ConnCAN, reflects. “Districts and elected officials across the country need to commit to filling school vacancies with educators of color or we won’t see change.” It was this belief in the power of pragmatic action that motivated Gordon and her team to make diversifying Connecticut’s teaching force a key priority of their work. Those efforts culminated in a win in 2019: a bill was passed by both the House and Senate and signed into law by Governor Lamont. In 2020, that work continues as ConnCAN partners with the state department of education to develop trainings for the human resource and staffing teams across the state.

“When we have conversations around equity we must talk about student outcomes,” agrees Daniel Walker, deputy director of DelawareCAN, who is creating a fund for districts to incentivize diverse hiring practices. “The truth of the matter is, and research supports, teachers of color have a positive impact on all students.” Studies, including one from the Learning Policy Institute and others compiled by the Center for American Progress, paint a clear picture: the benefits of a diverse teacher workforce are numerous for all students, but have an outsized impact on students of color–including higher test scores and greater likelihood of graduating high school and finding success in college.

That’s why, across the 50CAN network, other campaigns are following the trail set by Gordon with bills aimed at bringing greater diversity into the system. Last week, JerseyCAN released a comprehensive Educator Workforce Report, which highlighted troubling demographic disparities between our students and teachers. Based on these findings, Executive Director Patricia Morgan and her team are pushing for culturally responsive training for faculty and staff of education preparation providers and teaching candidates–necessary forward momentum for a state where 84% of teachers are white but only 48% of students are.

This disparity isn’t only present in classrooms but also in administrations and central offices. That’s why the team at HawaiiKidsCAN set a goal this year to diversify the pool of those leading schools. “Having a quality principal is one of the strongest determinants of student achievement and school innovation, so we want to help create the conditions to enable more talented educators to become school leaders,” says HawaiiKidsCAN Executive Director David Miyashiro, “We also recognize that our school leadership ranks need to be more reflective of our student populations, especially Native Hawaiians and Pacific Islanders, so we hope a broader pool of leaders brings in more diversity of non-traditional backgrounds.”

“Now is an opportunity to shift the paradigm from parent involvement, which is sending out a survey and asking for feedback, to parent engagement, which is actually bringing parents to the table, learning from them and listening,” P.S.305’s Executive Director Mina Hosseini told Local 10 News in Miami. Across the country, our campaigns continue to advocate for parent voice being incorporated into reopening plans, including in Georgia, where parent advocates organized by GeorgiaCAN spoke to the school board and administrators, as well as WSBTV news. And NewMexicoKidsCAN’s Amanda Aragon, spoke to local KOB News about the success the state is seeing in its Pre-K program.

JerseyCAN released the first part of a report series on New Jersey’s educator workforce. This first report provides a snapshot of the current public school workforce and the supply and demand challenges they face. The report also has recommendations for legislators, including requiring districts to make public data on open positions and subsidizing the costs of certification exams.

In Denver, Transform Education Now secured an important victory in a fight for the American Indian Academy to get approval from Denver Public Schools for a temporary building for the fall. They also continued their work to remove police from Denver schools with a petition and a letter to the school board. 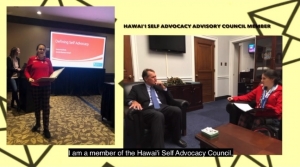 The team at HawaiiKidsCAN has been leaning into innovative virtual advocacy efforts. Recently, they hosted the inaugural Hawaii Youth Advocacy Film Contest with the timely theme of voting by mail. This still is from the 1st Place Middle School video by Mia and Kiara. You can watch the full videos at HawaiiKidsCAN’s Vimeo channel.