With autumn and a new school year upon us, the 50CAN campaigns continue to advocate tirelessly for a better education for all children in their states and cities. Earlier this year, we reported on our progress in Georgia, New Mexico and Virginia and then again on our progress in Tennessee, Connecticut and Hawaii. Now, three more of our state campaigns, North Carolina, New Jersey and Delaware are ready to report on the wins they’ve achieved this year. Given these states’ ongoing legislative sessions, we’ll have more to report on their progress at the end of the year, but we wanted to take the opportunity to share out some of the impressive changes they’ve made thus far in 2019. Check out how our empowered state advocates have achieved wins for school transportation, funding for students with disabilities, greater scholarship access for their neediest student populations and protections around accountability and assessments.

The 50CAN network uses a three-part scale to measure our progress: green for a policy win, yellow for significant progress made towards a goal and red for a policy loss. Read on to see what our inspiring local leaders have been working on at the state Capitol and in their communities. 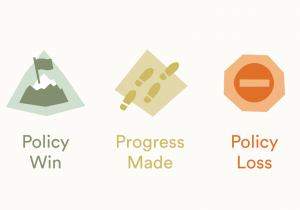 WIN: Due to CarolinaCAN’s efforts over the past months, North Carolina has substantially expanded the funds for the Children with Disabilities Scholarship Grant.  This increase will result in an additional 1,800 students gaining access to the program. The scholarship grant will additionally encompass low-income students who are already attending a private school of choice and not merely those who are enrolled in the public system.

In addition, The Opportunity Scholarship Program fund was increased in the state budget, allowing for 800 to 1,200 new students who were previously on the waitlist being accepted into the program.

WIN: Leaning on lessons learned from other states who have implemented a turnaround school model for chronically struggling schools, CarolinaCAN set a goal to organize parents of schools in the Innovative School District so that they’d have greater voice in the changes coming to the school through the turnaround.  CarolinaCAN created a community coalition that will serve the ISD schools and build community support towards improving educational outcomes.

WIN: With shifting fluctuations in the funding for New Jersey’s funding formula, charter schools were struggling to have a consistent per-pupil funding allocation. JerseyCAN has worked tirelessly to ensure that the state would adopt a “hold harmless” provision for charter schools. The provision, within the budget, ensures that charter schools will receive no less than their current funding.

Protect school and district accountability, including access to school, teacher and student performance.

WIN: As New Jersey, under a new administration, has sought to replace the PARCC testing that has become a political bugbear in the state, JerseyCAN has loudly advocated that any replacement must preserve parents and the public’s right to know how students in the state are performing through rigorous assessments. As part of this effort, the JerseyCAN team created a report (“The Real Test: Are We Committed to Excellence and Equity in New Jersey?”) that was shared widely by state lawmakers. These efforts have resulted in a year long delay in the governor’s attempt to replace the state assessment. JerseyCAN is committed to continuing to advocate for detailed and transparent data and the rigorous, meaningful assessments that will provide it.

WIN: DelawareCAN secured passage of Senate Bill 166, which ensures that all public school students will ride for free on public transportation to school and all school events. While this benefits all of Delaware’s students, it is particularly helpful for low-income students attending charter schools outside of their neighborhood zone. 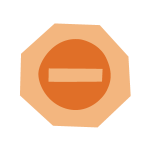 LOSS: For years, DelawareCAN has been concerned with a needlessly bureaucratic process on how students and parents apply for charter schools within the state. Currently, students must register with their assigned or feeder traditional public school in order to apply to a charter, a process that can be both intimidating for parents and create needless and time consuming hurdles. DelawareCAN sought to remove this process and had language attached to a bill that subsequently stalled in the legislature. Next year, the team is bringing the bill back as an independent bill, with a sponsor who frustratedly experienced these very hurdles firsthand.

LOSS: The proposed legislation would allow DACA and undocumented students to gain access to state scholarship money. DelawareCAN was able to draft language for a bill and gain a sponsor, but the sponsor dropped the bill right before it was going to be moved forward. DelawareCAN has found a new sponsor and the bill will be taken up in the next half of the legislative session.