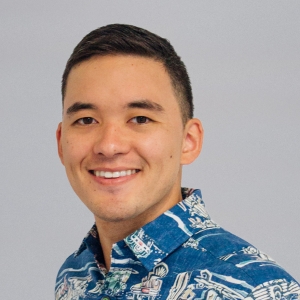 David is a proud fourth-generation Hawaii resident who was raised in Windward O‘ahu. After graduating from Brandeis University in Massachusetts, he returned to Hawaii to teach special education language arts at Wahiawa Middle School through Teach For America-Hawaii, also earning his master’s degree in special education from the University of Hawaii at Manoa. The frustration he felt as a teacher during the infamous Furlough Fridays debacle—where budget constraints closed public schools for 17 Fridays, reducing instructional time for what was already one of the shortest school years in the country— inspired him to get a master’s degree in education policy at the Harvard Graduate School of Education. He worked in politics and government as press secretary for U.S. Senator Mazie Hirono in Washington, D.C. and communications director for the Ann Callis for Congress campaign in Illinois. He returned to Hawaii and Teach For America in 2015 to manage communications, media and public relations for the region and provide support to the executive director.

David joined the 50CAN fam in 2017 as the founding executive director of HawaiiKidsCAN, where he partners with communities and people of all sectors to promote educational equity in Hawaii. He is thrilled to be part of an organization where he is able to combine his professional experiences, love for Hawaii and belief in the potential of all kids.

I aspire to be like my maternal grandmother, Anna McAvoy. Here’s why:

Anna McAvoy, my grandmother or “ama,” continues to be my inspiration. Growing up as part of a large Chinese family in the Philippines, she lived through the Japanese occupation of Manila during World War II. She sought a better life through education by leaving her home and attending Indiana University Bloomington, eventually marrying my Scotch-Irish grandfather and moving to West Virginia. After facing racism, sexism and family instability, she eventually raised three children on her own after moving them to the Philippines and then Hawaii. Since both of my parents worked, she helped to raise me as a young child, despite becoming blind and surviving breast cancer. As my sister and I grew older, she showed us the value of education by staying informed through audiobooks and using technology to both write creatively and advocate for the blind community. Although she passed away in 2011 due to lung cancer, I’ll never forget her example of perseverance, love of family and belief in the power of education.

I’ve never wavered in my belief that the impossible is achievable when committed people work together. Through my role at HawaiiKidsCAN, I have the privilege of bringing diverse people and communities together for the common purpose of improving opportunities for all keiki in Hawaii.

I’m proud to work with talented individuals in Hawaii and across the 50CAN network to inspire others to see what I see: our kids have limitless potential when they have access to equitable opportunities. Fueled with passion and hope, this isn’t a job to me—it’s a calling.

I’m the son of Hawaii public school graduates, and I’ve worked in public education along with my wife, sister, aunt and grandfather. When I think about public education, I picture the smiles on the faces of my former students as their confidence and self-belief grew. These kids, and all kids, should have access to a high-quality public education. It’s a fundamental human right.

Despite growing up walking distance to the ocean, I’ve never been a strong swimmer. Rather than surfing, I’m much more at home hiking various trails around O‘ahu and going for long runs through Kailua and Kaneohe.

Old pictures of Waikiki make me think of how dramatically our state and world are changing. Due to rapid development and population growth, Hawaii becomes more unrecognizable with every passing generation. With major issues facing the state such as the high cost of living, limited housing capacity, homelessness and climate change, it’s clear that our children of today must be prepared to face the uncertainty of tomorrow. These are the future local leaders of Hawaii and it is our responsibility to ensure they are able to thrive. 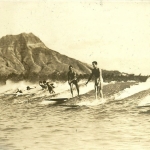